Well, I made it to the last day of E3, and I still wasn’t burned out. I spent the first half of the day just walking around and checking out more stuff that I didn’t get to check out the past two days. I like games. I played several of the indie games at the Xbox and PlayStation booths.

Very cool graphic style with solid, although standard, beat-em-up gameplay. At least the parts of the demo that I tried. Damn, that art though.

Artsy, I guess. Lots of slow walking to get to the action. I did eventually make it to some enemies and I’m sure there is more to do, but it’s probably not best experienced at E3.

I already have this on Steam, mainly because: skiing and VR. Underwhelming so far. A little too fast and loose to be realistic, and too slow and stiff to be SSX. The environments look nice, but the physics model needs attention. Still optimistic, but it won’t stop me from working on my own VR skiing game.

Here’s a picture of Chewbacca for Scotty. 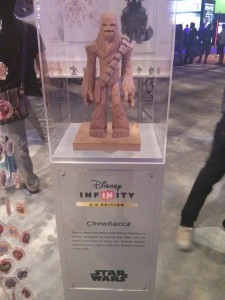 Yeah, I watched the Deus Ex, Just Cause 3, and Hitman demos again. They all look very well done and I’d love to have enough time to play each of them. I’ll play them in the order  I listed them though. 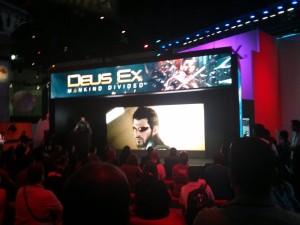 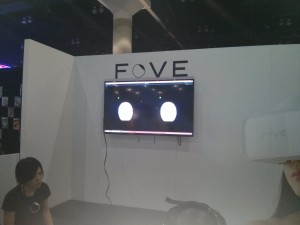 Fove is another one of the VR products being shown. They have a Kickstarter campaign, and the defining aspect of this product is the eye tracking technology in the headset. The resolution of the eye tracking seemed a little course, but it did work and they are pre-release. I’ll keep an eye on it (get it?).

Since I wanted to show my games to some more people, and get ready for the concert after the expo, I went out to the parking lot and put on my suit. Damn! It was warm outside.

It was worth it though, if I can look this classy while fighting a Revenant. 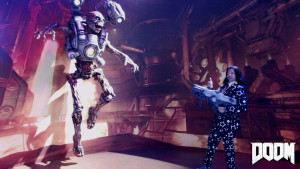 Sony Bend In The House

As the expo was winding down I met up with a couple of guys from Sony Bend and showed them my games as well. We talked about VR, and how I would have to come visit them soon. We then grabbed some drinks as I waited for Scotty to drive up and meet me for…

I capped off the day by heading up to Hollywood to see Steel Panther at the House Of Blues on Sunset! With a quick stop at the original Original Tommy’s to get some food on the way. Fuck yeah!